Needless to say, the dominance of proprietary graphics software can make this particular domain incredibly prohibitive for those who are just starting and need much more than just a trial period to learn their way around.

This is where free software takes the spotlight. While it aims to provide functions similar to those of its more expensive counterparts, it shouldn’t be regarded as a complete replacement. Though users constantly bicker about which is better, the answer couldn’t be more obvious: it all depends on what you use it for.

One thing that should be kept in mind is that these tools are generally developed by communities, so naturally, it shouldn’t be expected of them to evolve in the same way as Adobe (for example). That doesn’t mean that it’s better or worse; it just means different.

Of course, since the projects all started from different platforms and under different licenses, they can have a very alien look and interfaces can and most definitely will vary between programs. Since it’s not uncommon for those who work with graphics to use several tools, having workplaces set up in a similar manner is one of the reasons why a proprietary suite is more attractive.

Right off the bat, it should be mentioned that GIMP, short for GNU Image Manipulation Program, is small, fast and portable, but packs a wide array of powerful tools.

It is a raster graphics editor with functions similar to those of Photoshop, so it shares some of its versatility; it has also been endlessly compared to it. True, overall it does have fewer features than its counterpart, but that may or may not be a problem, depending on what you plan to use GIMP for.

Perhaps for those who switch to this tool, the most frustrating thing is the fact that it is still very familiar, but everything behaves slightly differently.

Note that the developers never intended it to take over the market, but to offer a free alternative for those who, for whatever reason, can’t or won’t make a huge investment. That is to say, the industry still relies on the coherence brought by PSD files, allowing designers to collaborate. Just imagine if everyone used a different program or file type.

In a nutshell, it’s great for those who don’t need very advanced features or who just don’t need all the features offered by proprietary software (3D tool for photographers?).

Moving on to vector graphics, we find Inkscape. The first, and possibly the most intriguing aspect is the fact that it doesn’t use a special file type. Instead, it saves directly as SVG, with the option to export as EPS (among others), meaning that you don’t need to worry about compatibility issues. Moreover, SVG is a standard developed by the W3C, making it a prime choice for web.

Although very neatly organized, the interface can seem very messy and chaotic, but after poking around for a little while, everything should be fine. The overall learning curve isn’t very different from Illustrator, as most of it stems from vector graphics, not the program that handles them. 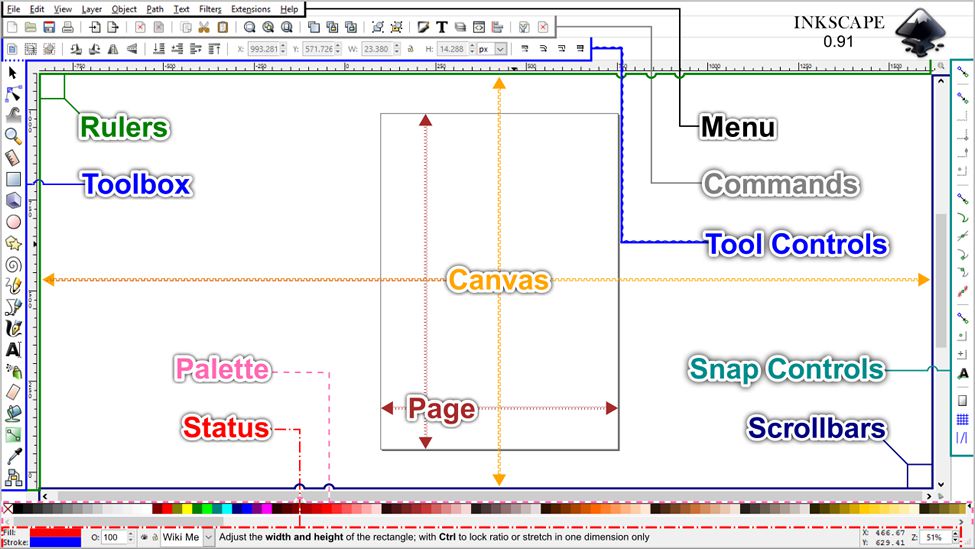 It does have a few quirks, like having to perform an extra step to achieve something when it could be done automatically. Perhaps the most irksome is the inability to change the name of gradients, leaving you with a random number instead. On the topic of gradients, unfortunately, Inkscape does not have gradient meshes, which Illustrator users might find crucial.

Still, it is a powerful tool that can create amazing results, provided you have the patience to work around some of its weak points.

Lastly, for the more artistically inclined, comes MyPaint which, as the name would suggest, is designed with digital painting in mind. It serves as a very light version of Corel Painter, great emphasis on “very lightweight”; the program takes up only 13 megabytes, 15 if you want all the translation files.

MyPaint does away with complex tools, busy interfaces and complicated features. This little gem has a limitless canvas, an incredibly minimalistic interface and greatly reduced number of tools. It doesn’t even have a selection or cropping tool, but it can manage layers and merge them. 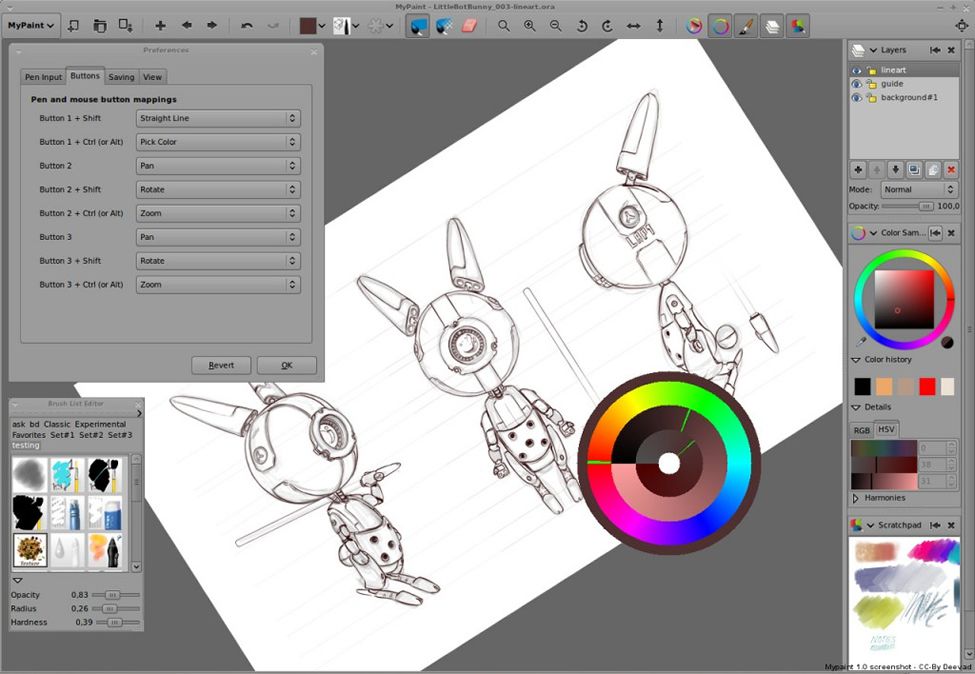 Corel Painter uses different engines to render the different types of brushes, so that the effect is as close to real life as possible, but MyPaint only uses one. The engine is also used to detect things like pressure and speed when using a graphic tablet.

As mentioned, there is great emphasis on brushes and the ability to customize them for whatever you may need. Overall, it is a very simplistic tool and user-friendly. True, it’s not nearly as powerful as its “competitor”, but that doesn’t mean it doesn’t have any use.

In closing, I hope to have sparked your interest in free software, graphics or otherwise. It really is a fascinating movement that is growing continuously as more and more people join the projects and contribute. 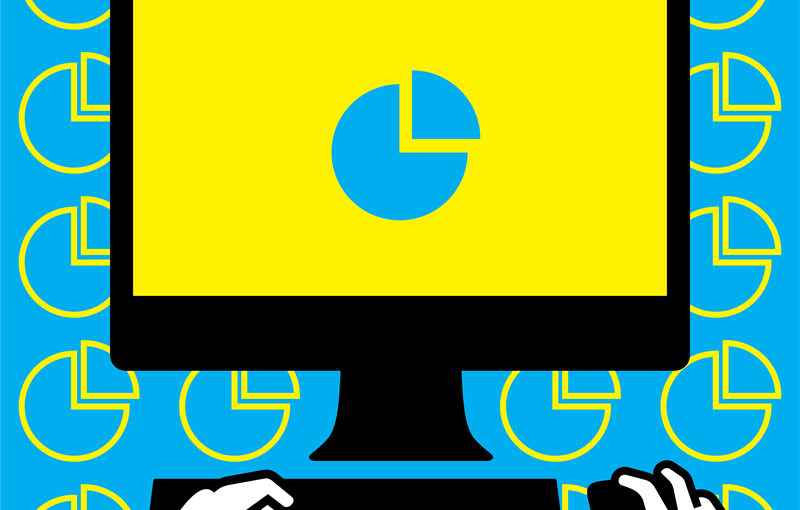 Free Vector Tech Illustrations You Can Download, Edit, & Use 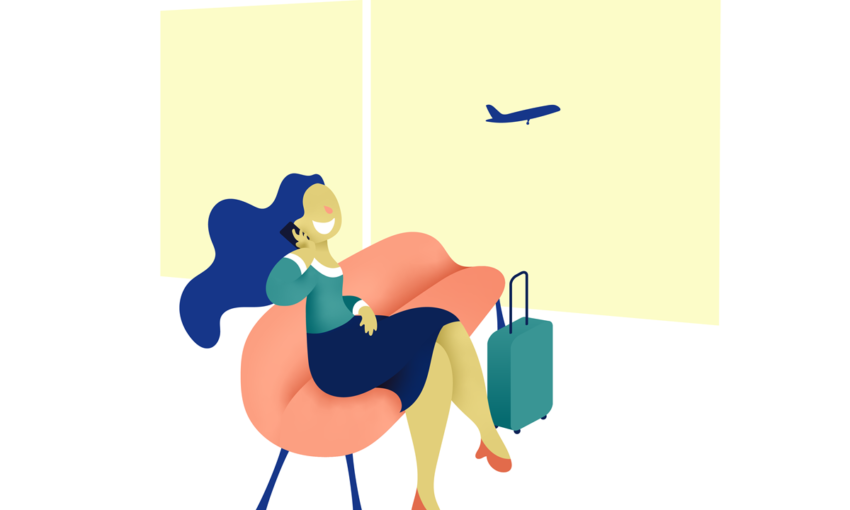 Free Vector Illustrations For You To Download, Edit & Use 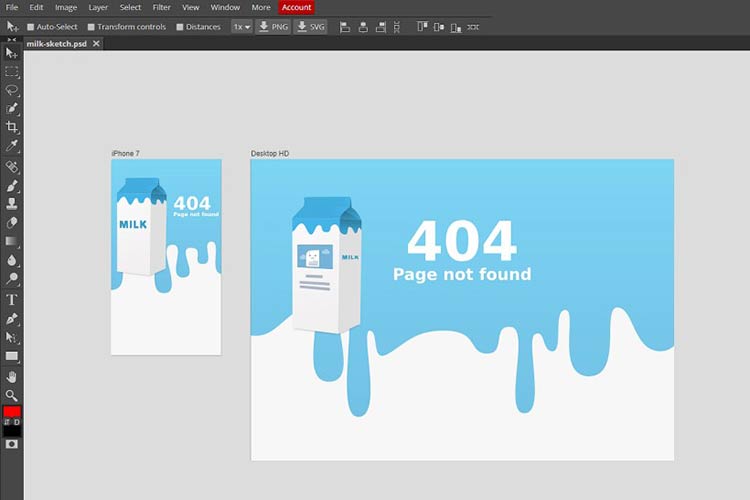