What is viral marketing, and how effective is it? Its main objective is to increase brand awareness through replicating a viral like process, like the spread of virus in computers. Often, viral videos are spread through sharing by viewers, kinda like word of mouth. Viral marketing often comes in the form of videos, but they also come in games, software, images or messages.

The main goal is to create infectious, viral messages that appeal to their target market with high SNP (social networking potential) that can easily spread through individuals. But why are they so effective? It is because the internet has enabled companies to reach out to the consumers at a more personal and interactive level. 75% of the internet’s total population go to a social networking site like Facebook, Twitter and YouTube, where time spent in social media is a LOT more than time spent on email. The sharing effect is fast and rapid, kinda like a Pyramid scheme back in the day.

Here are a few of viral videos that were so successful they’ve made internet history. Enjoy.

The Numa Numa video is the first viral video phenomenon that hit the internet. The video stars Gary Brolsma lip syncing to the O-Zone song ‘Dragonstea din Tea’ making funny facial expressions and flailing his arms in a wild and animated manner. It was uploaded on Newsground.com in 2004, and in just 3 months acquired 2 million views on the website alone. Now it has 40 million views with the video, and 700 million views from different Numa Numa copycat videos.

Gary Brolsma was voted the number 1 Internet icon and has set a record in the Guiness Book of World Records. However, the video was unlike most modern viral videos because it was not created to market or promote a product. It was created by a real person who had plenty of time to spare, made an insanely hot video and became a worldwide celebrity almost overnight.

The Old Spice ‘The Man Your Man Could Smell Like’ was launched February 2010 featuring Isaiah Mustafah half-naked and talking directly to the viewer. It was able to generate six million views within 24 hours of being uploaded.

The video was an international sensation and people fell in love with  Isaiah Mustafah. It was followed up by video responses on Twitter and Facebook from the Old Spice Guy himself.

It was a very well run and effective ad campaign by Wieden and Kennedy, and was so popular it gained a cult following. Old Spice successfully rebranded the image of their old and tired brand and created customer interaction. There is renewed interest in the Old Spice products and their sales jumped 106% from last year.

Traffic to the Old Spice web site jumped 300%. OldSpiceGuy’s Twitter account has 80,000 followers, a whole lot more than Mustafa’s real Twitter account with only 30,000. You’ve got to agree with Reddit, who labeled the ad as one of the greatest advertising campaigns in internet history.

Everyone loves babies. Babies are inherently adorable. And people love seeing babies doing things that they’re not supposed to be able to do.

This is why the Evian ad is plain genius. The ad combined babies, humor and offbeat music, producing a viral ad that’s sure to be a hit. It got the consumer’s interest and the message out effectively. It didn’t hurt that the video garnered more than a 100 million views, as well.

Coca-Cola’s new ad campaign is guerilla advertisement and a viral video all at the same time. The message is beautiful and simple: have a Coke and a smile. Coca-Cola decided to own an emotion, Happiness.

It’s true, there may be big companies and well known advertising companies that have failed viral ads, while some new and inexperienced marketers who created one viral video, got lucky and hit the jackpot. Here are some ‘viral videos’ that didn’t quite make it:

This is either the creepiest viral ad we’ve seen, or a real case of stalking. A certain 16 year old Mathias Murphy posted videos of Kevin Durant’s daily activities, apparently without his knowledge. Murphy has created a YouTube account and even a Twitter account @KD35sNeighbor to document Kevin Durant’s every move off-court. If you see the more current videos, Kevin Durant has befriended the young neighbor and even invited him over for a little basketball game.

I got to admit, Nike made a bad choice with this viral ad. The whole point of the campaign? Stalking celebrities. Was it successful? 8 videos got a total of 40,000 views, which is nothing in the online world.

Let us commend Nike, though, for trying its best to show Kevin Durant as a good guy–since two of its other endorsers, Tiger Woods and Lebron James, are currently under much scrutiny and controversy.

Most viral videos look like they are created in less than a day. They look so easy to create–all you need is a home video camera. No props, no lights, and no director. So false. In fact, marketers pour so much time and money into research to create a viral video that looks homemade, perhaps more time than creating a real professional TV ad.

Try your best not to bombard the viral video with your product too much. Consumers will see that you are ‘trying too hard’, and the more they feel like they are being sold something, the less likely they are going to help your campaign go viral. Make it less of a commercial, more of a story.

Another point: never force a concept because it fits the product; rather, the product should fit into the great concept. If you think of it, what is the relation between Evian mineral water and roller blading babies?

3. There’s a secret behind the numbers

There are tens of thousands of videos uploaded to YouTube everyday. How do you make a video go viral and have at least a 100,000 daily views amidst this fierce competition?

The truth is, it is not sufficient to upload the video and wait for the number of uploads to grow. You need to hire a company that specializes in getting your video into YouTube’s ‘ Daily Most Viewed’. To do this, you have to have to garner 50,000 views: you will need to reach out via blogs, forums, social networking sites, email lists, and your friends; anything to create a buzz. A successful viral video campaign is hard work.

Clients often say: ‘Let’s create a series of videos and release one every week so that viewers can look forward to going back to our website!’

It’s time to stop treating the internet as television. With viral marketing, all videos must be posted simultaneously. If the viewer sees one video and is so amused that they want to view more videos, why make them wait for the next one? If you wait a week before posting a second video, viewers might have lost interest and went on to the next internet sensation.

A few weeks ago Jennifer Aniston attempted a viral ad of her own. It was a viral ad about how to make a viral ad. It was fairly successful, but the part that really caught my attention was when the marketers decide to name it ‘Jennifer Aniston sex tape’.

It is true that viral videos often have unrelated and intriguing titles so that viewers click the ‘Play’ button. Create headlines that intrigue viewers, making them think ‘Did it really happen?’ So a headline from Blendtec ‘Will an iPhone blend?’ is much more interesting than Smirnoff’s ‘Tea Party’. 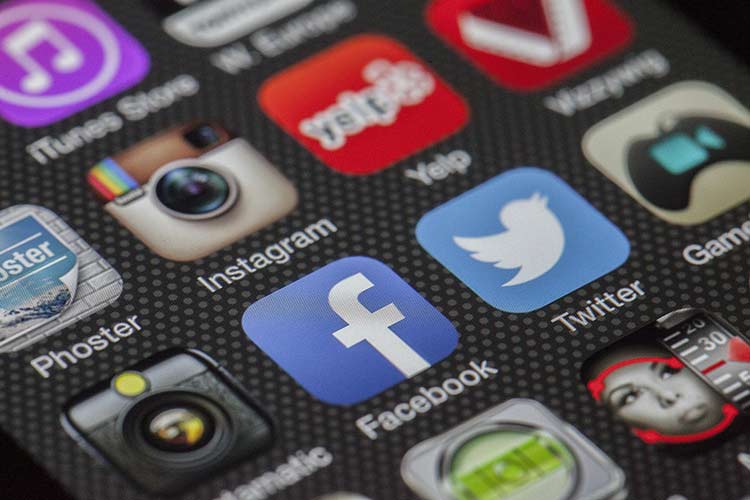 Is Social Media Still an Effective Means to Promote Your Design Business? 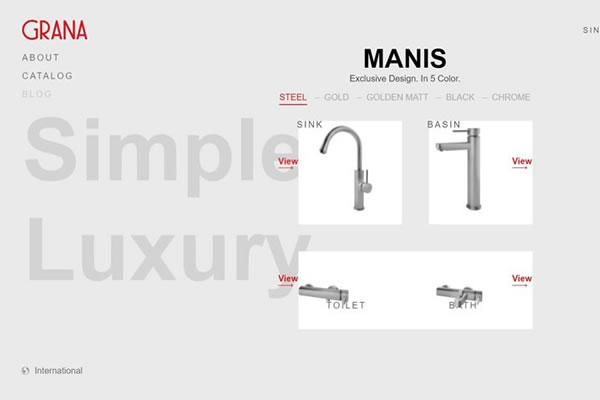 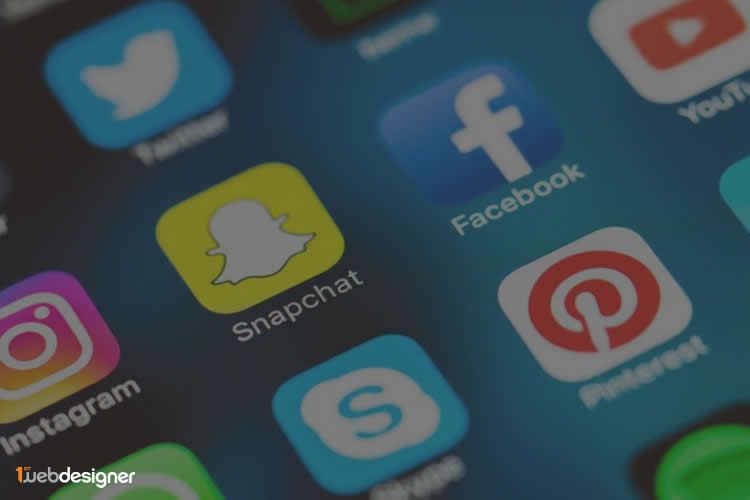 Marketing & Design Tips for Optimizing Your Site for Millennials 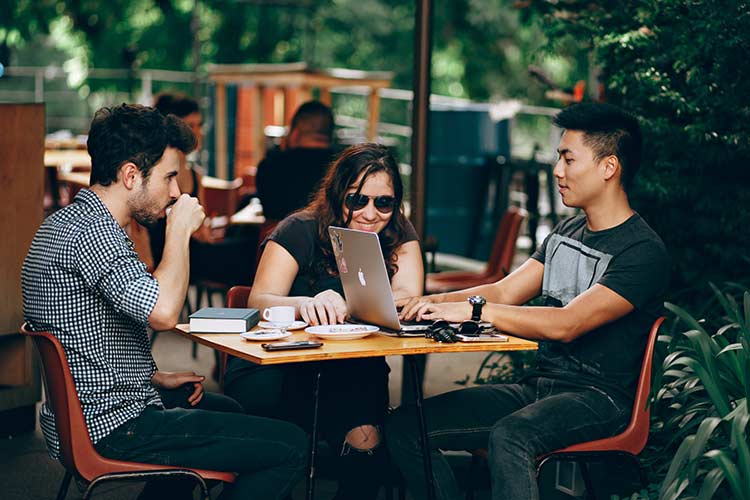