Going by the principle “I’ll believe it when I’ll see it”, it’s normal that you would never think that things that are right before your very eyes are something completely different.

Things like optical illusions created by simply associating colors and shapes in a certain way, or distinguishing seemingly identical shades just because of the way a language is built.

You might also like to read about the Psychology of Colors, the Color Schemes that Stimulate Human Senses, or how to Choose the Best Color Scheme for Your Site.

Newton and Goethe have different ways of viewing the formation of the spectrum: the first sees light as being composed of colors, with darkness being the absence of light; the latter considers that they are formed through the interaction of light and dark, for example yellow is darkened white and blue is lightened black.

While Goethe’s approach is more empirical and based on perception, he recognized the importance of magenta in the spectrum, and the fact that we use it as part of CMYK reflects that importance.

It’s important to remember that the two had different points of view when analyzing the respective phenomena, so it’s obvious that there are fundamental differences. Newton’s fundamental spectrum is, as we know, the rainbow and this is based on scientific analysis, while Goethe describes a symmetrical wheel based on perception and composed of six colors: the three primary and their corresponding complements.

Goethe further describes a difference between natural and chemical colors. The first category refers to those that are part of the fundamental spectrum described above, and are not a part of the object or material, thus the objects are colorless in the absence of light.

Those that are not part of the spectrum fall into the second category and are a permanent characteristic of the object or material.

However, scientifically, they are obtained from light and they correspond to different wavelengths which are perceived and processed by different cells in the eye. We humans have what is called trichromatic color vision, meaning that we have three types of cells which aid us in segmenting the chromatic spectrum.

This also implies that there are other types of color vision, so think about it for a second: other beings may live in a completely different world than that which we know.

The absence of the aforementioned cells will render someone color-blind, meaning that they cannot distinguish certain shades. You may now be asking yourself “Ok, but what does this have to do with design?” and the answer is accessibility.

Using only colors to express contrast or emphasis can be problematic for someone with such a disability, as two shades with the same brightness and saturation, but different hue can appear to be identical.

As mentioned above, two colors may end up identical when completely desaturated.

All is not as it seems

On the topic of distinction, it has been shown that linguistic classification has a very important role in how we differentiate colors. The Himba people have a completely different system.

Green, for example, may fall under different names, depending on the shade, and may be in the same category as a certain shade of red. Using the same example, dark green and dark red may seem nearly identical, while the same dark green may seem completely different from another close shade of green.

Perception greatly depends on the amount of contrast and light in the environment. As mentioned in one of my previous articles, brown is in fact a variant of yellow, orange or red but it may be perceived as such in higher contrast surroundings. Our interpretation of a color can further change in the presence of gradients, as these tend to signal depth to the brain which also judges lightness (or darkness) by comparison.

The rectangle in the middle is actually one solid color, but it appears to be a gradient because of the double contrast with the actual gradient in the background. Don’t believe it? Use the color picker tool and see for yourself!

Color theory says that warm colors are “near” and cool colors are “far” because that’s the impression that the brain gets. Covering one eye with a colored filter (let’s say red) and balancing a pendulum will make it seem like it is swinging in a circular pattern.

The same basic principle is used in 3D movies by splitting the image into red and cyan layers which superimposes properly when wearing the special 3D glasses and give the impression of depth.

High-enough contrast along with a pattern can create optical illusions, just like those circles that appear to be moving. The main ingredient is powerful black and white contrast; it is thought that these two send different signals and activate opposing triggers in our minds, thus confusing it and creating the impression of motion.

Another thing to take into consideration when designing: high-contrast patterns might turn into optical illusions and possibly make people look away. 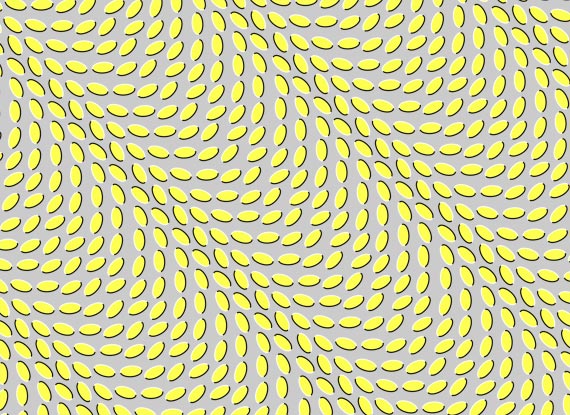 If you move your eyes across the image, it will slightly move in waves.

A phenomenon called “afterimage” can occur in the retina, and this causes the brain to continue receiving an image, but as a negative. This happens if the image is large and over-stimulates the receptors, the natural “phasing-out” of visuals being too slow.

It is also why we see dark spots after looking at a bright source of light; the opposite of light is dark.

Despite being such common elements, there is much more to it than meets the eye (literally). There are many underlying processes that occur in order for us to perceive colors the way we do, some of which we do not fully comprehend just yet. 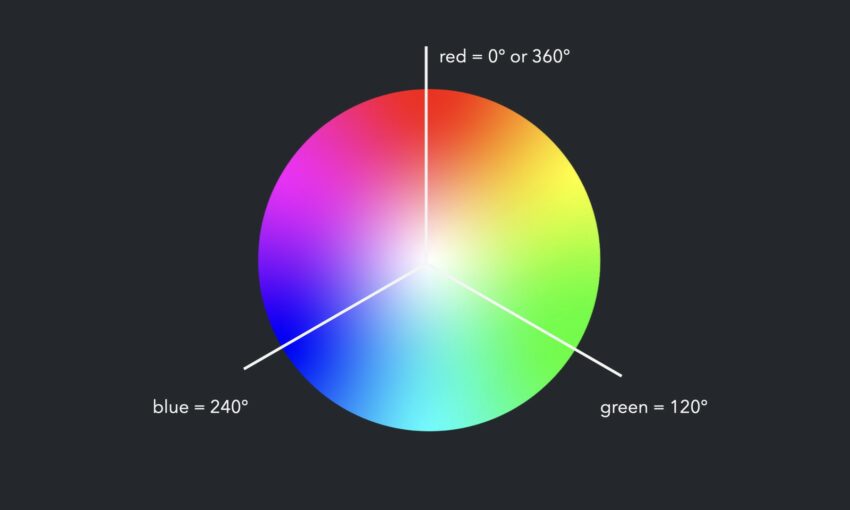 How to Use Different CSS Color Values (RGB, Keywords, HSL) 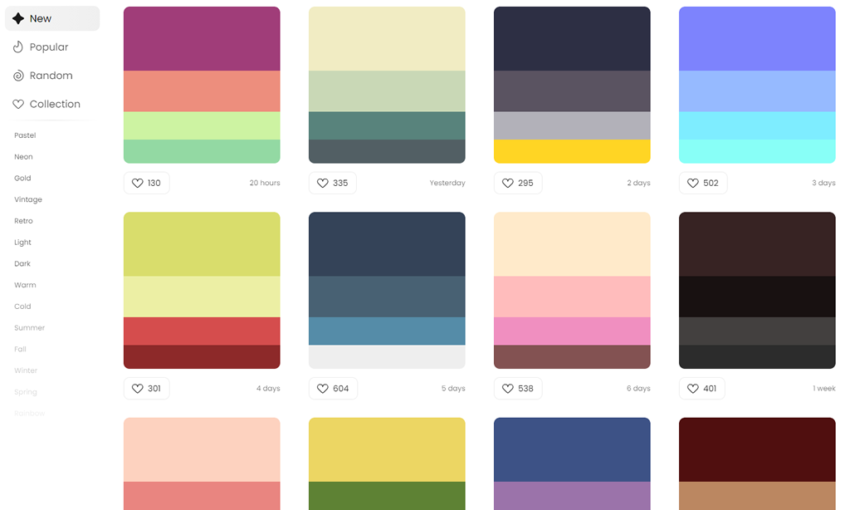 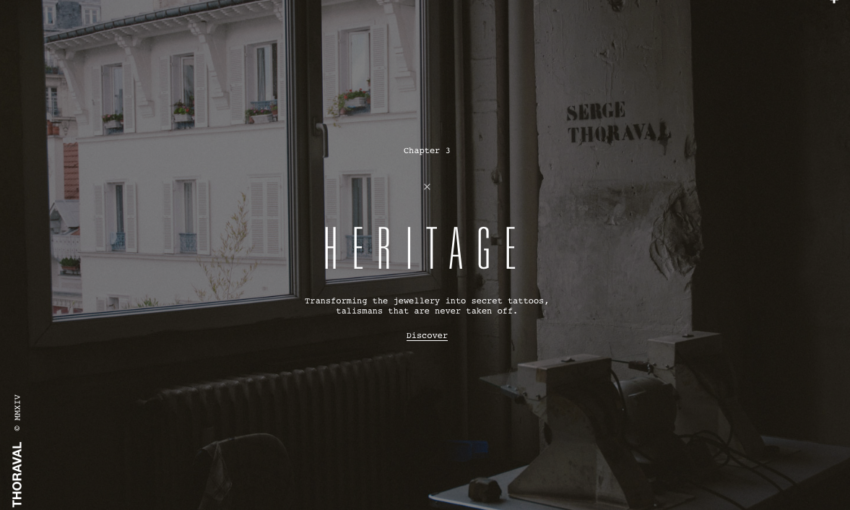 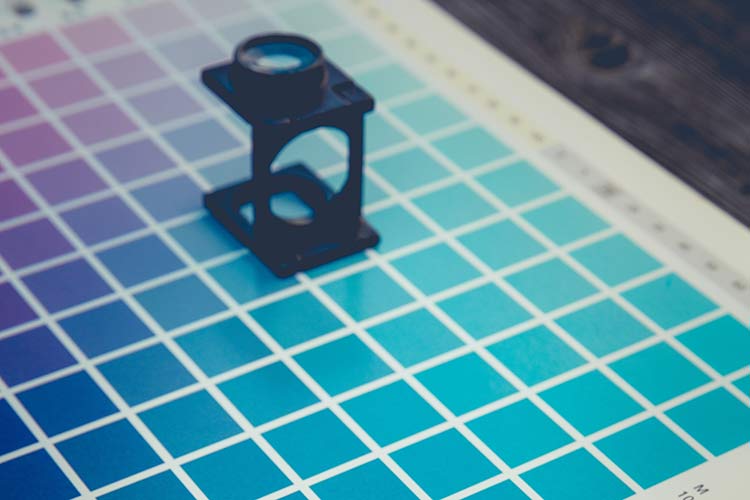