There are a number of ready-to-use UI kits available, which are immensely handy for designing mockups. Additionally, it is not just the expert designers who can use these kits to their advantage, but also rookie designers, who are looking forward to learning the ropes fast.

Here is a roundup of some of the most fascinating UI kits for mobile app designers, which will make app design a breeze and also give you a new perspective and inspire you to put your best foot forward.

Free Material UI Kit is the best tool for exploring the basics of Material Design – the minimalistic design language by Google. Packed with many Material Design UI elements such as – profile, statistics, graphs, buttons, navigation menu etc., the app is a delight for UI designers who want to give their app a modern look and feel.

Pick and choose from over 40 UI Elements and Templates, more than 30 icons and 7 application categories for the next big project that comes your way.

Just like its short and to-the-point name, clean design is one of the mainstays of Do UI Kit. The official website claims that Do is “THE MOST VERSATILE TO-DO APP UI KIT YOU’VE EVER SEEN” and I won’t counter that claim because it does have features that allow you to build different varieties of apps.

Do is one loaded UI mobile kit

Loaded with as many as 130 screens, 10 unique themes, and more than 250 UI elements, the kit helps you organize elements in UI in a structured way. Get the UI kit free for Photoshop and Sketch.

Wohoo is a well-crafted UI kit for latest iOS – the iOS 8. The PSD files in this kit have 100% vector-based layers and are Retina HD ready. The kit is quite useful if you have app ideas in mind for three iPhone models – iPhone 5, iPhone 6 and iPhone 6S.

Woohoo is a UI kit for iOS

It would be unfair on my part to skip the mention of fully editable components, which provides ample scope for you to experiment with the UI design.

If you are specifically looking for a UI kit for iPhone, Elven iPhone App UI Kit is one of the best options that you can have. The app provides some basic elements with which you can design the UI of your app. 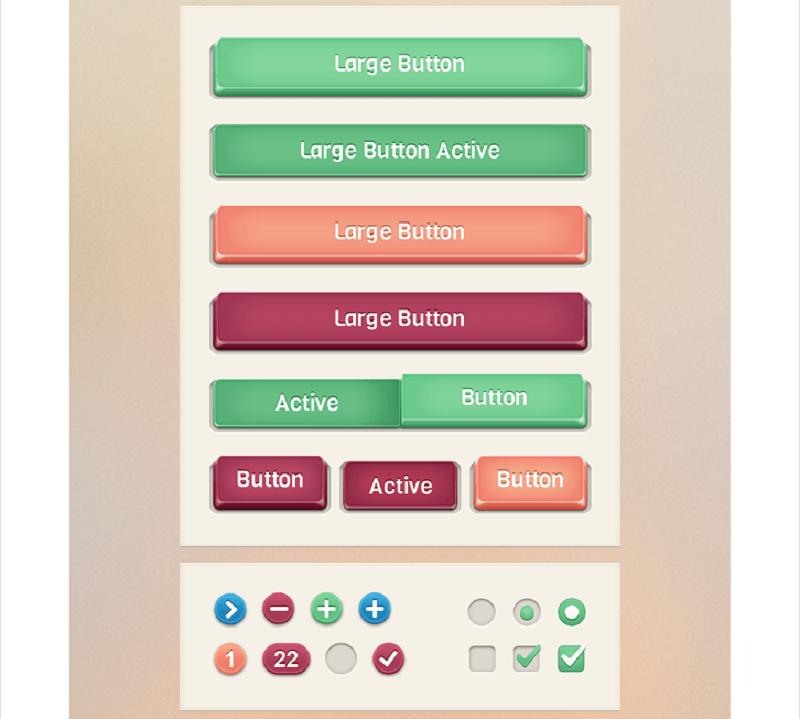 Elven is optimized for Retina display

Optimized specially for the smartphone’s Retina Display, it has elements that are built on layer styles as well as vector shapes, giving you the option to view them on 2x zoom without affecting its scalability. To use this kit, you need to have Photoshop version CS4 or above.

CafeGrapp – a UI kit for iOS 8 looks promising enough with its aesthetic, flat design. It offers an engaging interface with perfect placement of objects. The UI kit offers 7 PSDs – Splash, Login, My Profile, Flavors, Flavors Maps, Go and Side. 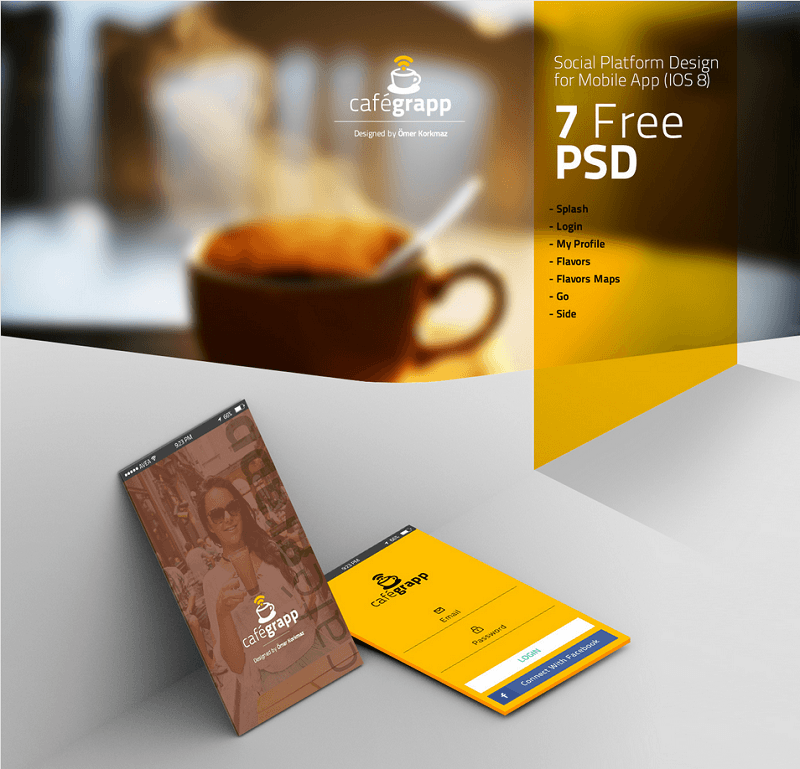 CafeGrapp is another UI kit for the iOS8

Even with a limited number of PSDs, it doesn’t fail to deliver the best results and leave a great impression on you. Even the color palette is different and gives a fresh look and feel to your mockup. Give CafeGrapp a try and you will be stunned with the result for sure!

The next UI Kit on our list is specifically for the Apple Watch as you must have already guessed from the name. The kit has more than 270 templates across 6 categories, which indicates that it provides scope for designing numerous UI mockups. It also hints at the fact that you can use this resource to save your time for designing any kind of app for the 38 mm and 42 mm wearable from Apple.

This UI kit is made specifically for the Apple watch

The UI kit uses a version of San Francisco font, which is Apple’s new system. Alternatively, you can also settle for Roboto font, which is similar to San Francisco. The UI kit has unbelievable details to create UI for the wearable, which is like a dream come true for designers. The kit adheres to Apple guidelines, which makes it a must-have for each and every aspiring UI designer.

Creating UI mockups for a mobile app is an arduous and time-consuming task for designers, who already have a number of other tasks on their plate. This is where these fantastic UI kits come to their rescue.

So, take your pick from these kits and design apps with beautiful UI using Retina-ready, Flat/Material Design templates and design mobile app UI in a short timeframe.