Functionality of Adobe Fireworks in your Design Workflow 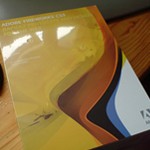 Many web designers work exclusively with the Adobe Creative Suite to get work done. Adobe Photoshop is the most common tool for graphics creation and manipulation along with Illustrator for freehand drawings. Fireworks doesn’t get as much of the attention, but this doesn’t mean the software is also useless.

In fact Fireworks can be used hand-in-hand with Photoshop to create seamless mockup designs, wireframes, interface icons and so much more. We’ll be taking a look into how you can incorporate Adobe Fireworks seamlessly into your design workflow.

What is all the Excitement with Fireworks?

Many of you may be asking why there is so much excitement for this tool. It’s still very under-utilized software within the design community but has been growing more popular since Adobe acquired Macromedia in 2006.

The software itself is both bitmap and vector based. Fireworks is a powerful graphics editing tool initially created for the purpose of designing high-quality icons and graphics for the web. These could include icon sets or UI graphics on buttons. Frequently though designers are switching over to Fireworks for its potential in creating powerful mockup designs.

The true power of Adobe Fireworks comes with its 2 development states – vector and bitmap. The main difference between the two formats is how your computer renders each image. Bitmaps are created using pixels each shaded a different color while vectors use lines and curves to match up complex shapes.

Each has their own pros and cons list which represent their main use. Bitmaps are the images you’ll see around the web – .jpg or .png are examples. Vectors are mostly used for logos or drawn artwork since there are no hard edges. The entire image is rendered using complex mathematical formulas which determine how vector lines should smooth or curve.

Rolling both of these formats into Fireworks is where we can start to see some major benefits to web designers. The tools and palettes are also very similar to Illustrator and Flash, so it’s not difficult to pick up and learn.

The true beauty for us web designers comes from Firework’s ability to create stunning website wireframes. A wireframe is a type of design mockup which contains all of the major elements needed to display a website’s core features without getting bogged down in the finer details.

A wireframe doesn’t require special software to design. You could just draw it with pencil and paper if you were inclined to do so. However the major benefits Adobe Fireworks brings to the table when discussing wireframe mockups are staggering. One advanced feature is the possibility of creating Master Pages to implement features easily throughout a mockup.

For example if you were creating a wireframe for 5 pages of a website you wouldn’t create 5 separate documents (well you could, it would just take longer). Designing a Master Page which contains all the elements common to every page in the site (navigation, header, footer, content area) and expanding it throughout your other pages is the simplest way. Fireworks features this functionality right out of the box and even allows for deeper customizations when it comes to the Master/Regular page relationship.

Creating a beautiful website prototype is no harder to do in Fireworks than a simple wireframe. With a prototype you’d be designing all of the major elements such as navigation links, buttons, search boxes, and everything else the user interacts with. By giving design and shape to these objects in a graphical setting it makes transferring code into HTML that much simpler.

The great thing about Fireworks is how you can apply behaviors to elements found in your documents. This means you can set a button to change state or replace text when clicked on. You can also import graphics from other software suites into a prototype mockup – meaning any logos or vectors created in Photoshop or Illustrator can still carry over.

Fireworks does have an export feature which allows you to directly convert an image mockup into HTML/CSS code. It’s not the greatest code when it comes to efficiency and generally isn’t worth using in my opinion. Run Fireworks for what it does best – digital graphics placement and manipulation.

iPhone and Android-powered devices have seen enormous growth over the past few months. It’s an area of the web not yet explored and it’s continuously evolving each day. Fireworks is the perfect software for creating an iPhone app prototype and plays well with many other operating systems.

The main benefit is how quickly other designers caught on to using Fireworks for mobile prototypes. This means there are many readily-available packages and toolkits for download to help ease the process of mobile app development.

A quick query into Google for “iphone GUI fireworks” brings up plenty of interesting results. Scanning through some blogs on the topic you should stumble into plenty of resources for mobile app mockups.

And these are only a few things Fireworks can help with! Having such powerful functionality at your fingertips means finishing design work that much quicker. With Adobe frequently releasing new updates to Fireworks and the entire Creative Suite we can see changes being made almost instantaneously.

The software is really exciting and it’s a new area for designers to break into. This has been an introduction into the world of Adobe Fireworks but it’s by no means a complete guide. There is so much information about web design and prototyping in Fireworks it’s a simple skill to pick up. Although it may not stand out right away, utilizing Fireworks as your mockup creation tool can save loads of time and frustration during complex projects.