The Rise and Fall of Online Advertising

Up to now there are still people who hate seeing advertisements on websites, as much as people a decade ago hated them. Indeed colorful, it helps spread words of services and products. Now for the earliest form of advertising, read on.

The internet was intentionally created as a military and educational tool, and never intended for what it is now: a huge networking, communications and money-making machine.

Thus, the first ‘spam’ was not commercial in nature. The word ‘spam’ comes from a 1970s comedy of a British comedy ‘Monty Python’. In the sketch, a man and his wife are in a restaurant, but everything they ordered has spam on it. While trying to get an order without spam, Vikings from the background sing: ‘Spam, spam, spam. Lovely, spam. Wonderful spam!’ 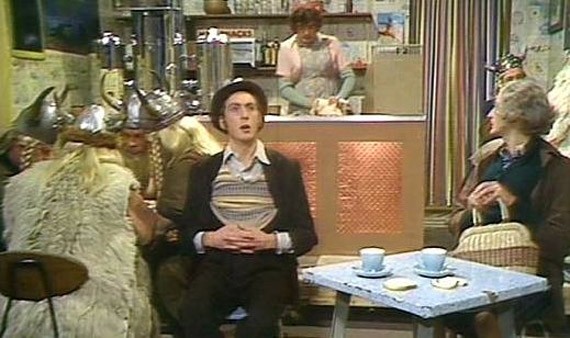 You can view the episode here.

The phenomenon later influenced early internet users to flood forums with the word ‘spam’. Soon online marketers got the idea to overpost and flood Usenet groups and emails with junk mail, recounting the repeating the useless presence of spam in the Monty Python sketch.

The first spam email was ‘Arpanet’ on 1978, coming from Gary Thuerk of the Digital Equipment Corporation. The first commercial spam was by lawyers Laurence Canter & Martha Siegel, where they used bulk Usenet posting to promote their immigration law practices.

Within a few years, marketers changed their medium of spamming from Usenet forums to e-mail, where it remains until this day. Over 90 million spam emails are sent everyday. 85% of our emails are actually spam. But it’s level of effectiveness in promoting or selling a product is very low—it now barely exists as a nuisance to all. 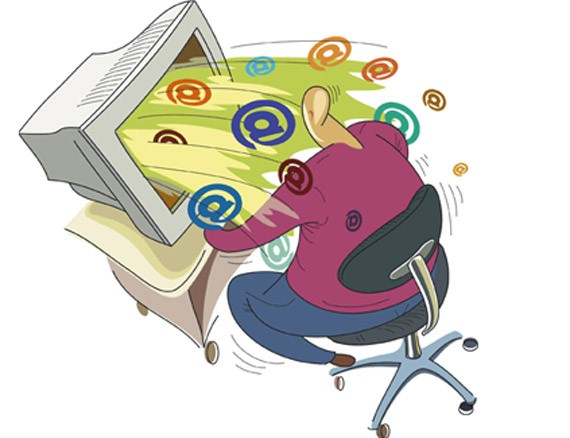 The Era of Banner Ads

The first online advertisement appeared on the web in 1994, prompting the beginning of the online advertising world. The first part was the period of experimentation by the advertisers and publishers, pioneering on ad formats and technology. In 1995, DoubleClick was launched, one of the first ad-serving technologies.

Photo above is one of the oldest online banner ads, dated October 25, 1994 (so sorry for the bad resolution). The advertiser is A&T, and the ad appeared on Hotwired. Hotwired also launched many online ad campaigns for Club Med, Volvo and MCI, and was eventually acquired by Lycos. Soon after Hewlett-Packard created one of the first interactive online ad, embedding a video arcade game ‘Pong’ into the ad.

From the start advertisers already know that online advertising is very different from traditional advertising. Early on they already did target market research and measurements. However, the media was largely misunderstood. It wasn’t until many years later that the effectiveness and the mechanics of the medium was understood. 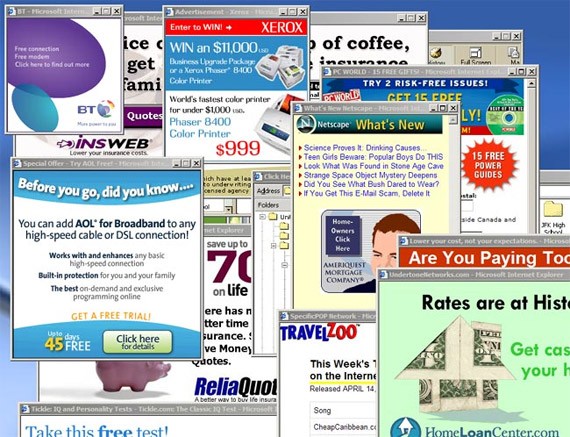 Online advertising was at its peak in the late 1990s. Investors were dropping billions of dollars into dot com start-ups at an alarmingly fast rate. The internet was the new playing field, and investors fell in love with the novelty factor of it. They have high hopes for their investments–and it made some people very rich–on paper, at least. 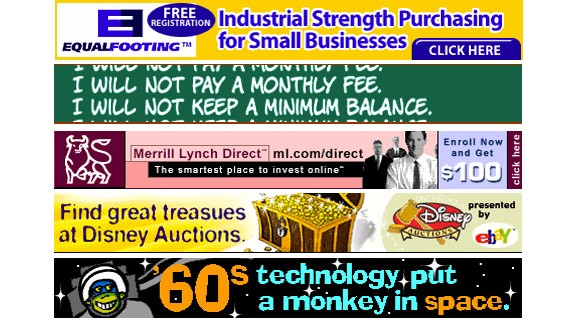 Back then, ads were in the banner format. Advertisers were required by the clients to provide the standard 468 x 60 px banner ad for their online advertising campaign, like the banner ads on the photo above.

Soon, so thousands of entrepreneurs, investors and advertisers are pouring in–nobody wanted to get left behind this brand new money-making machine.

In its hey day, it was a lucrative business: Yahoo! could charge up to US $30 to even US $100 to run these banner ads. At its height, internet spending has reached US $8.2 billion. The figure wouldn’t be reached again until 4 years after the dot com bubble burst.

However, banner ads are not effective; it is very expensive but the returns are low. Advertisers were set against the low effectiveness of ads, high prices, and the complex process of online ad auctions. The advertisers realized that the online banner ads pale in comparison to the effectivity of 30-second TV commercial or a full-page print ad. 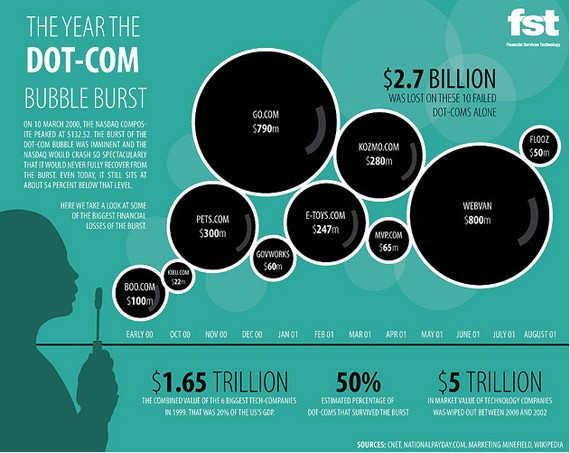 The ‘bubble’ covered for five years from 1995 to 2000. From within that time frame the stock value rose steadily and rapidly at an astronomical rate. And then suddenly in just one day, the bubble burst–everything is gone in a flash.

NASDAQ peaked at 5,049 in March of 2000, and declined on October 2002 at 1,100. One one dot com company after another went bankrupt. Soon online advertising dollars had a dramatic fall of 32%, from US $8.2 billion to US $6.2 billion. As the market went sour, advertisers and agencies lost interest in using this unproven and unstable new medium.

Google was, once upon a time, just a search engine. Google worked mainly on its functionality, perfecting the algorithm to produce the most appropriate results. Google drove plenty of traffic, but didn’t sell anything. But on the start of the millennium, 2000, Google AdWords was born.

Google revolutionized online advertising–instead of using the banner ad format; which is the dominant advertising format of that time, they decided to sell through text ads. These ads are based on search engines, kept separate and on top or on the side of the main search results.

Why did Google’s text ads succeed and the banner ads did not? First of all, Google knew the weight of relevance. They introduced the click-through rate, creating a ranking algorithm to measure the advertisement’s relevance. Google only requires payment when the people click on them. Another stroke of genius from google is Page Rank.

Google did not create search engine or pay-per-click advertising–instead they focused on perfecting it. Google AdWords marked the New Growth Period of Online Advertising. Google has changed how we approach online advertising. Rather than mere selling or marketing, advertisers are now focusing in creating relevant content for consumers.

Ads make use of two different advertising model: the Pay-per-click and the Pay-per-impression. What’s the difference between the two? Pay-per-click requires advertisers to pay the host for every time the ad is clicked. Pay-per-impression is used to measure the cost and worth of the whole online marketing campaign. Both models are used to online ads such as text links, SEO marketing, web banners and e-mail advertising. 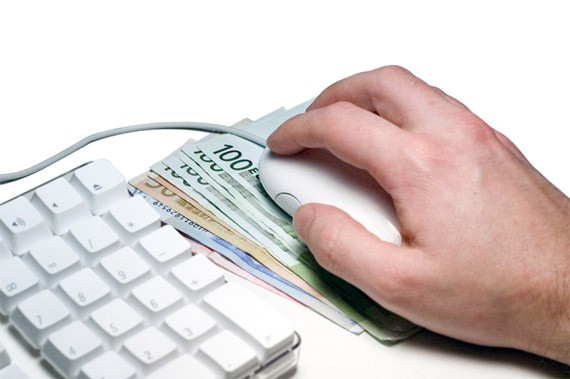 In search engines, advertisers bid on keyword terms and phrases relevant to their market. But with content sites, they use a fixed price for every click or impression.

Pay-per-click model is perfect for bringing the targeted market into the website efficiently, while the Pay-per-impression is best for building brand recognition.

Although these models are open to abuse through click fraud, Google and others have devised automated systems against corrupt advertisers or competitors.

If you haven’t heard of social media, then you’ve probably been living under a rock for the past five years. Social media, in its simplest terms, is a social tool for communications and networking. Rather than a web site merely providing you with information, social media sites are interactive; giving you the freedom to comment, rate and share information. There are four types of Social Media:

One of the biggest advantages of social media advertising is proper targeting of market through the use of the users’ demographic information provided. 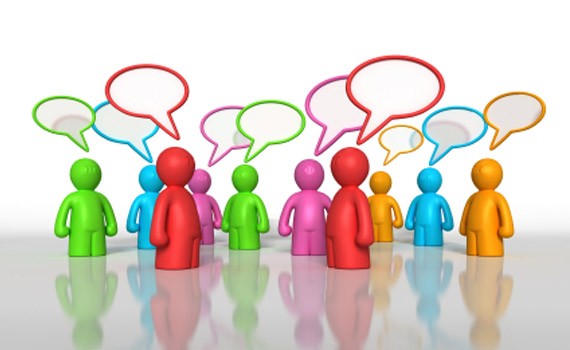 Social media advertising is now apparently more effective than traditional advertising! Some even go through lengths as to have a billboard with their own Twitter ID—such as Naked Pizza of New Orleans.

Naked Pizza, reputedly the healthiest pizza in the world, erected a billboard prompting viewers to add them on Twitter. It’s not the first time Twitter is featured on a billboard, and surely not the last. It’s a smart marketing move, they will gain more followers and thus increase their marketing and advertising scope and awareness. 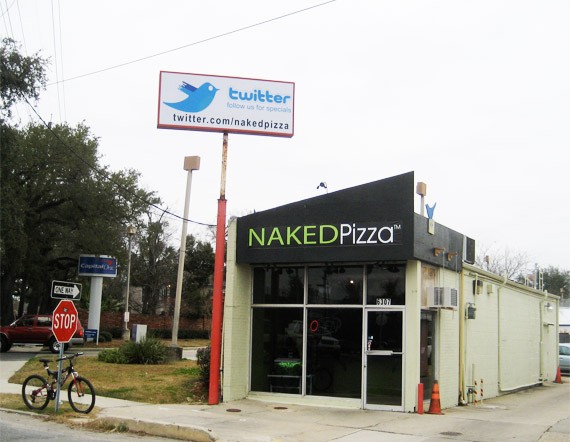 Nowadays, it is now necessary for businesses to have a Twitter, Facebook and LinkedIn page. Social media is the best thing online advertising could get: it’s free, it’s far and wide-reaching (500 million users) and it’s viral.

The disadvantage is probably measuring effectivity of social media advertising, whether or not the number of ‘likes’, ‘friends’ or ‘follows’ could convert to actual sales.

Online Advertising as of Today

Since 2004 online advertising has recovered. Advertisers have seen (almost reluctantly) the importance of advertising online, and the number of hours consumer used on the internet. Now the web is used by many companies on their overall marketing campaign.

Online ads make use of Flash and JavaScript to improve graphics and interactivity. Online advertising is now more sophisticated, the branding tools and technologies are diversified. There are now online blogs, social media, SEO marketing and more. 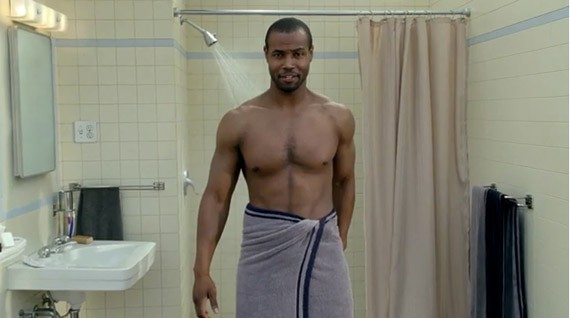 Viral marketing is now more popular, making use of video ads to market a product or brand. Old Spice (video still shown above) is one of the many companies that have gone into viral marketing.

They posted numerous videos on YouTube starring Old Spice guy. It was a huge hit, having 30 million views to date and considered to be one of the most successful advertising campaigns in 2010. Isaiah Mustafah is now a household name.

Other successful viral campaigns include Levi’s, Guitar Hero and Super Bowl. We see a regrowth in advertising on the web, which is now equals to the total internet spending.

This does not mean that Online Advertising has now been perfected. Annoying pop up and pop under ads still persist. One of the most annoying and interruptive of ad formats, the pre-roll ads are now used in YouTube.

YouTube used to be a free site for uploading and viewing videos. But YouTube has problems generating income–so they added pre-roll ads, or commercials that run before a video that cannot be bypassed. So if you need to watch a 1-minute video you have to sit through a 30-second ad first.

Most music videos uploaded on YouTube are now from VEVO, and not from actual users. Which means that there are ads on top, on the bottom and on the background of the page. 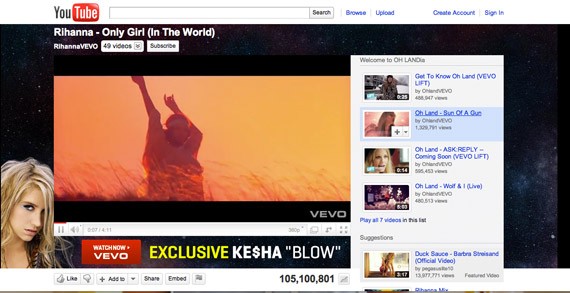 So will the internet’s bubble burst again? We are hopeful it won’t. Millions of people are now relying on the internet for advertising, promotions, business and employment. However, one thing is clear; we have learned a lot from the first bubble burst. Only time will tell.