Mobile app design has made for an exciting and diverse 2017. More than ever, there seems to be a split between extreme minimalism, and apps that use an abundance of depth, gradients, and styling.

There’s also been a further shift toward more emphatic typography with the release of iOS 11. As 2017 draws to a close, we’ll begin to see which of these trends lasts. We’ll find out whether the stylistic direction can continue to oppose iOS, which is seemingly continuing to move away from almost all instances of stylistic detail and gradients.

In this article, we’re going to look at the main trends in mobile app design that defined the year 2017. 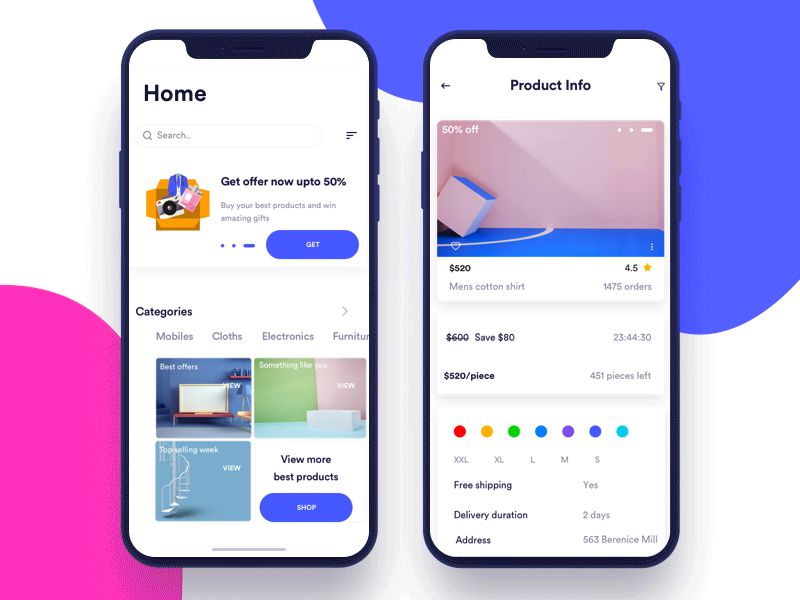 Initially introduced in iOS 10, emphatic title typography was rolled out across almost all default apps in iOS 11 earlier this year. Since then it’s been adapted by designers across not just mobile, but web as well. It entails using a more visual approach to titles, signaling a shift away from the previous small, centered type.

Material Design was already a step ahead in this regard, often pushing for designers to use large left-aligned title text in circumstances where displaying breadcrumbs or information such as a name.

VSCO was one of the earliest apps to adopt this design direction. It centers around a minimalist philosophy which does away with some key user experience aspects. It’s a highly visual design which strips the interface back to its very bare bones. 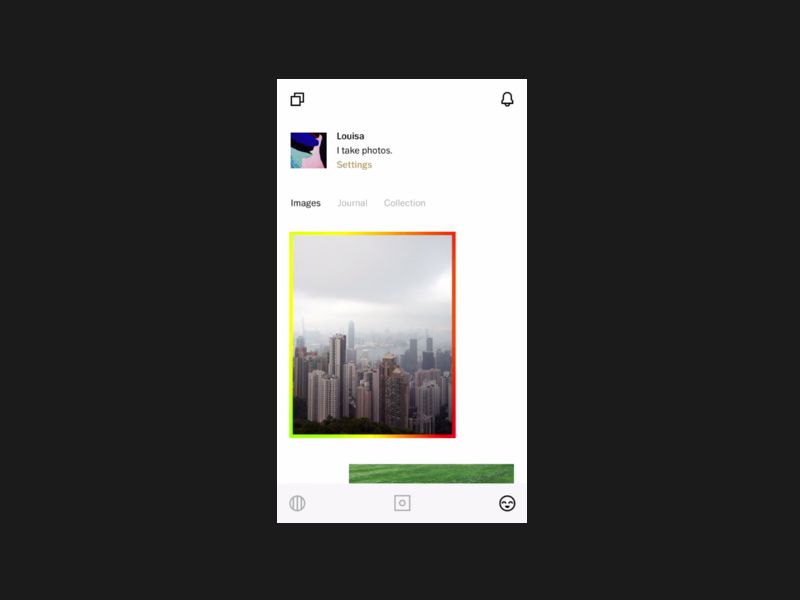 There are almost no buttons, no accompanying text with icons, and no depth elements. It makes for a neat visual experience, particularly in photography apps.

However, the often poor user experience and ambiguous icons may see this trend revert back to something more balanced and user-friendly over time.

Subtle depth elements were initially promoted within Material Design as a means to provide greater contrast and understanding for users. Since then, designers have adapted them in beautiful ways, including using large, expanded versions, and adding colors to the shadowing. 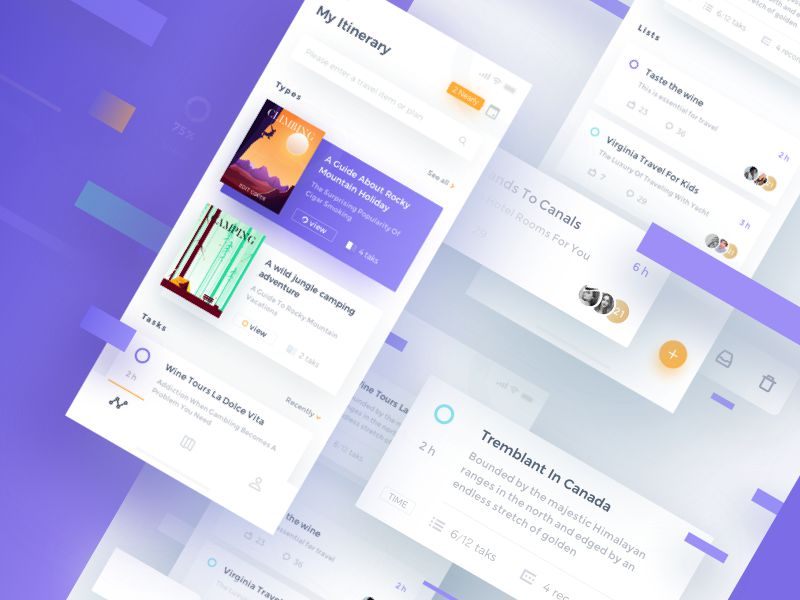 It makes for some incredibly neat effects, and even Apple is beginning to introduce them in small ways across default apps like App Store.

Bright gradients are rarely seen across default iOS or Android apps. However, 2017 has seen them used in abundance across mobile app designs and on sites like Dribbble. It entails using bright gradient blues, purple, yellows, and other emphatic, eye-catching palettes. 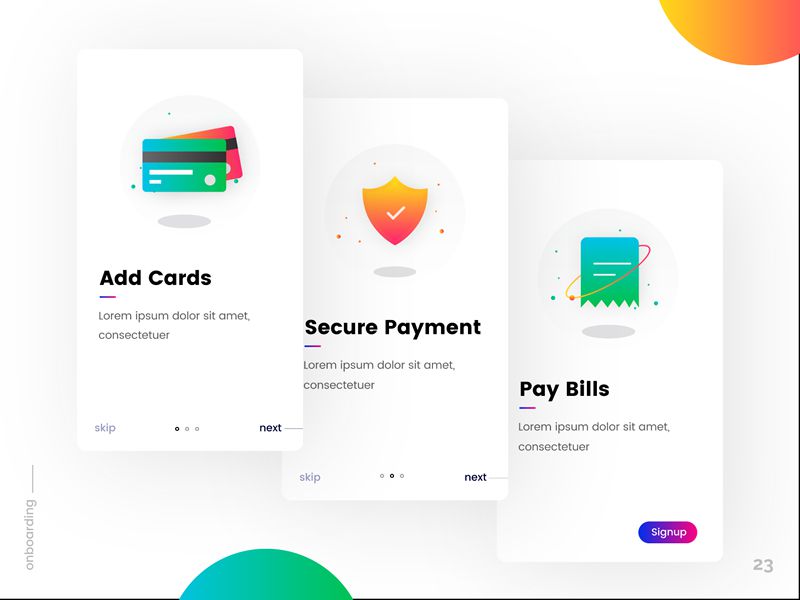 It can make for some highly visual and attractive results when applied to background graphics, buttons, and other user interface elements. 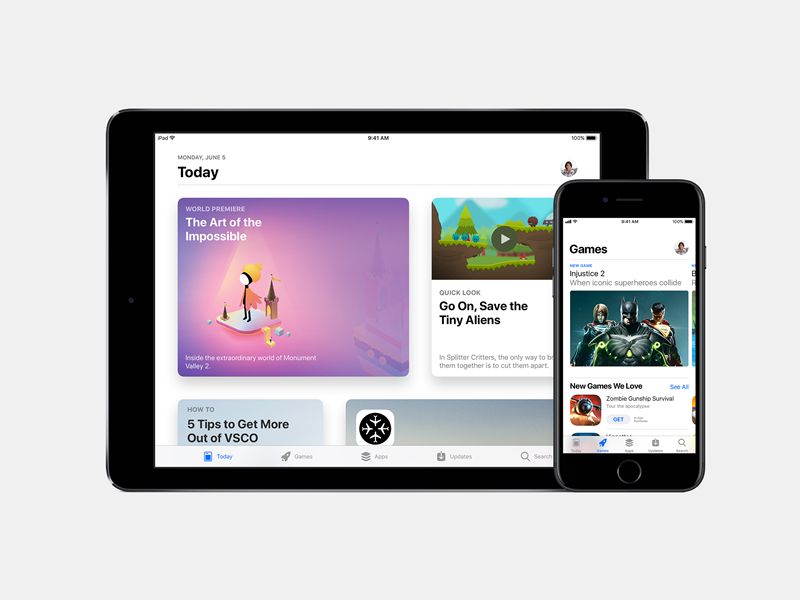 Devised by Material Design, 2017 has seen card-based layouts become very much the norm for structuring a content-based mobile user interface.

Apple has similarly begun to introduce card-based layouts in its most important apps like App Store and via other user interface elements such as notifications. It makes for a well-structured basis to display content in a user-friendly and versatile manner.