Overcoming The Illusion of Per Project Profitability

The illusion of per-project profitability can be a tough mindset nut to crack. I’ll talk with digital agency owners that say things like, “I have a 70% profit margin!” What they are telling me is that they have a seventy percent gross profit margin. They sell a project for $10k and pay some offshore team $3k to deliver it.

What they fail to consider is their business’s fixed costs – or their competitive wage – into the equation. The reason these numbers are significant is that they happen every month, regardless of how many projects you bring in. Your mortgage doesn’t care how fat your per-project margins are, just that you have their dough every month, relentlessly for 360 months.

I can’t tell you how many times I have heard someone say how profitable his or her work is, only to discover that his or her business is unprofitable. I will hammer this point until all agency owners understand it, or you decide to punch me in the face.

The math to figure this out is simple. The problem I find when consulting with most digital agency owners, especially those with agencies less than a million dollars a year, is that they don’t pay themselves a fixed wage. They pay themselves whatever is left over at the end of the week or month (or they charge those plane tickets for their upcoming vacation to their business credit card because their personal account is broke – I speak from experience).

To figure out profitability, I always ask an agency owner to tell me what they should get paid every month. Thinking about their salary makes the math I’m about to show them more painful, but alas, more realistic. Let’s take a virtual agency of one as a baseline example. They sell $10,000 projects here and there, and the owner (should) makes a $60k per year salary with another thousand in fixed costs for hosting, internet and the like.

This business is now $6,000 in the hole. Since the owner isn’t paying themselves a fixed wage, they don’t pay themselves that second month and might still hold the illusion that the business is ok, they just are putting in sweat equity or something.

No, the business is not ok, and you’re not ok.

Before I showed this digital agency owner this math on the back of a napkin, they had proclaimed to me that their work was indeed profitable. My response is, “who cares, you’re not getting paid, and the business is redlining!”

“How does it feel to know what’s going on in your business?”

Which gets a response of varying degrees of:

“It makes me depressed.”

Good. An unprofitable business makes me depressed too. However, now we know. And the more we know about what is going on, the more clear we are on the actual issues at hand. We can solve problems with better solutions than just not paying us.

“Deciding not to pay yourself to solve a business problem should be the last solution on the table. Not the go to each month because you are avoiding hard decisions.”

When people realize this injustice they are putting on themselves, I want them to go to bed fuming. I want them to think, “How have I let this happen?!”

We can put that energy and frustration to good use.

If we run with the above example, we could make two relatively simple changes to this business and see lasting benefits.

The first would be a small update to their pricing model. I’m not talking about getting all hardcore by doubling their prices (which wouldn’t be wrong, but probably a bit reckless). In my head, I would be targeting at least a 15% net margin after paying themselves a wage. Since this example uses nice round numbers, month one and three operate at a 0% margin, so we can raise prices by 15% with everything else holding true we’d have the target margin.

With those two changes, here is how their situation changes:

Now we have true profit! The magic of pricing and volume.

Getting clear on this issue in your business requires you to get clear on your financial numbers. I have been (unpleasantly) surprised at how many agency owners are not clear on this. This issue doesn’t affect the small shops as I illustrated in my example. I’ve worked with agencies with over $100k in monthly revenue that were unprofitable (but were convinced that shouldn’t be so because of the per-project illusion!).

The other thing that I demand of people is that they set a baseline salary for themselves and any other owner. The more this number equals a competitive wage for the position you fill in your business the more accurate our net margin number will be.

It’s just too easy for an agency owner to vary their pay and push this issue under the rug. Maybe it’s because we get beat around by our clients so much that we don’t think our salary is that important.

When in fact, it’s the MOST IMPORTANT NUMBER when running a business. When an airplane is going down, you put your oxygen mask on first. Then you take care of those around you. If your pay fluctuates, you lose respect for yourself. Your peers or spouse will think your business is not dependable. These views will seep into your mindset.

If you don’t pay yourself regularly, the chances of you going out of business go up significantly. Set a target wage. Get clear on your fixed monthly expenses. Make sure you track your company’s monthly performance.

How much margin you make on an individual project matters. Putting that number in the context of your month-to-month profit and loss statement is more important. I’d rather hear you say, “I have a 15% profit margin!” and for that to be real business profit margin after paying yourself a competitive wage than some 70% blasphemy.

If you don’t know this stuff, stop what you are doing, and figure it out RIGHT NOW. That client can wait. Your future depends on it. 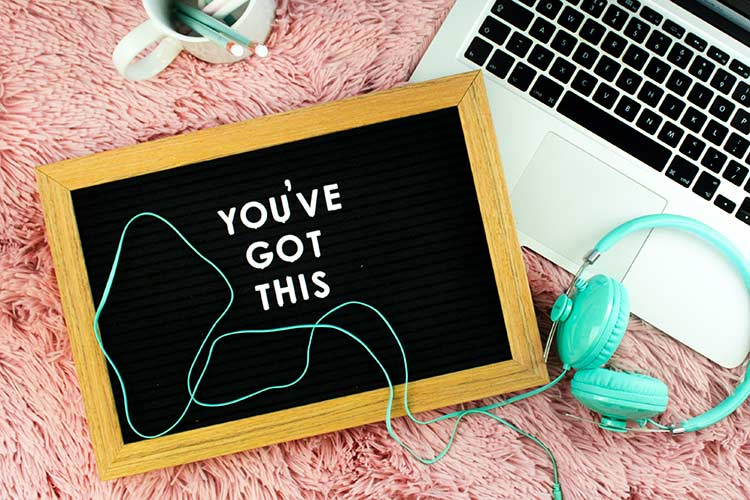 5 Tips for Streamlining Your Freelance Workflow